JAMES MURDOCH NAPIER was born on the 26th of July 1823 in London and son of David Napier founder of the Company.  He entered the business in 1837 at the age of 14 and became a skilled engineer, draughtsman and designer.

He assisted in the manufacture of the first steam-power gun-finishing machinery used at Woolwich (1841), and the realisation of a Isambard Kingdom Brunel designed hydraulic traverser for the Bristol terminus of the Great Western Railway (1844).  He also erected for an hydraulic travelling-crane in the locomotive works at Swindon.   In 1847 he entered into partnership with his father, the company becoming Messrs. David Napier and Son.

After spending some months in Spain during 1848, directing the erection of gun-finishing machinery, he assisted in the design and construction of registering weighing-machines and tipping-trucks for use at Portland breakwater.  In 1855 James was involved in the supply of an elaborate machine for weighing stone at the Tyne works, which not only indicated the weight of the load on the weighbridge, but also registered the gross weight passed over in a given time.

In 1851 the authorities of the Royal Mint instructed D. Napier & Son to design five automatic coin-weighing machines.  These divided the coins into three classes, ‘too light,’ ‘too heavy’ and ‘medium’ all varying between certain given limits.  James also designed machinery for other mints including Spain and Russia.  In 1862 he designed and constructed a 4′ beam hydraulic bullion balance to weigh 1,500 ounces for the Royal Mint and named ‘Chancellor’.  This was followed in 1877 with the ‘Lord Chief Justice’ bullion balance and the ‘Lord High Chancellor’ weighing up to 1,200 ounces for the Bank of England.  In 1888 the ‘Lord Chief Clerk’ bullion balance was built for the Bank of England which was capable of weighing 2,000 ounces within 1 grain.

In 1870 James was appointed by the Lords Commissioners of the Treasury to visit and report upon European mints, a trip that took three months covering 11 countries.  As well has having huge success in supplying coin and bullion weighing and coin trimming (to correct weight) machines around the world he was also involved in improved bank note printing machines capable of printing 3,000 notes per hour.

Of note was the first accurate stamp perforating machine based on a patent brought out by Henry Archer of which four were supplied to Somerset House in 1853 and used for postage stamp production in January the following year.

James was a prolific inventor bringing out 47 patents including registering tide-gauges, mariners’ compasses, barometers, an apparatus for paying out submarine telegraph cables, machinery for the manufacture of soda, speed indicators and governors, and numerous smaller inventions.

In 1879 he was approached by Johnson Matthey & Co. Ltd to plane down and finish three ‘H’ section bars made of 90% Patinum and 10% Iridium.  These were ordered by La Commission International du Metre in Paris.  It is interesting to wonder whether James produced them using an Imperial measurement!

After his father’s death in 1873 James carried on the family business in an ever-reducing scale until only seven employees remained upon his death on 23rd March 1895 in the family home adjoining the Works.  The business passed to his youngest son. 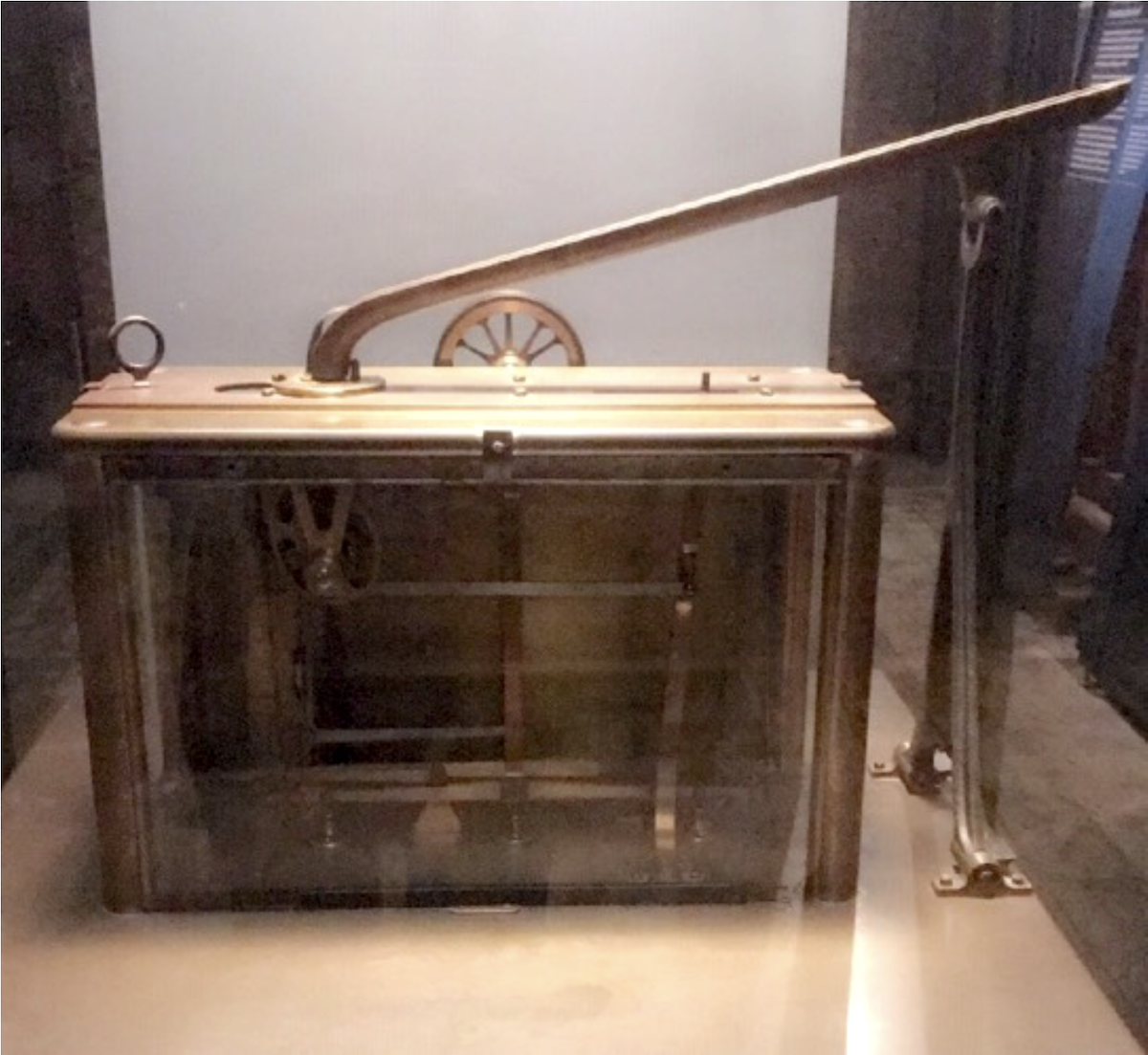 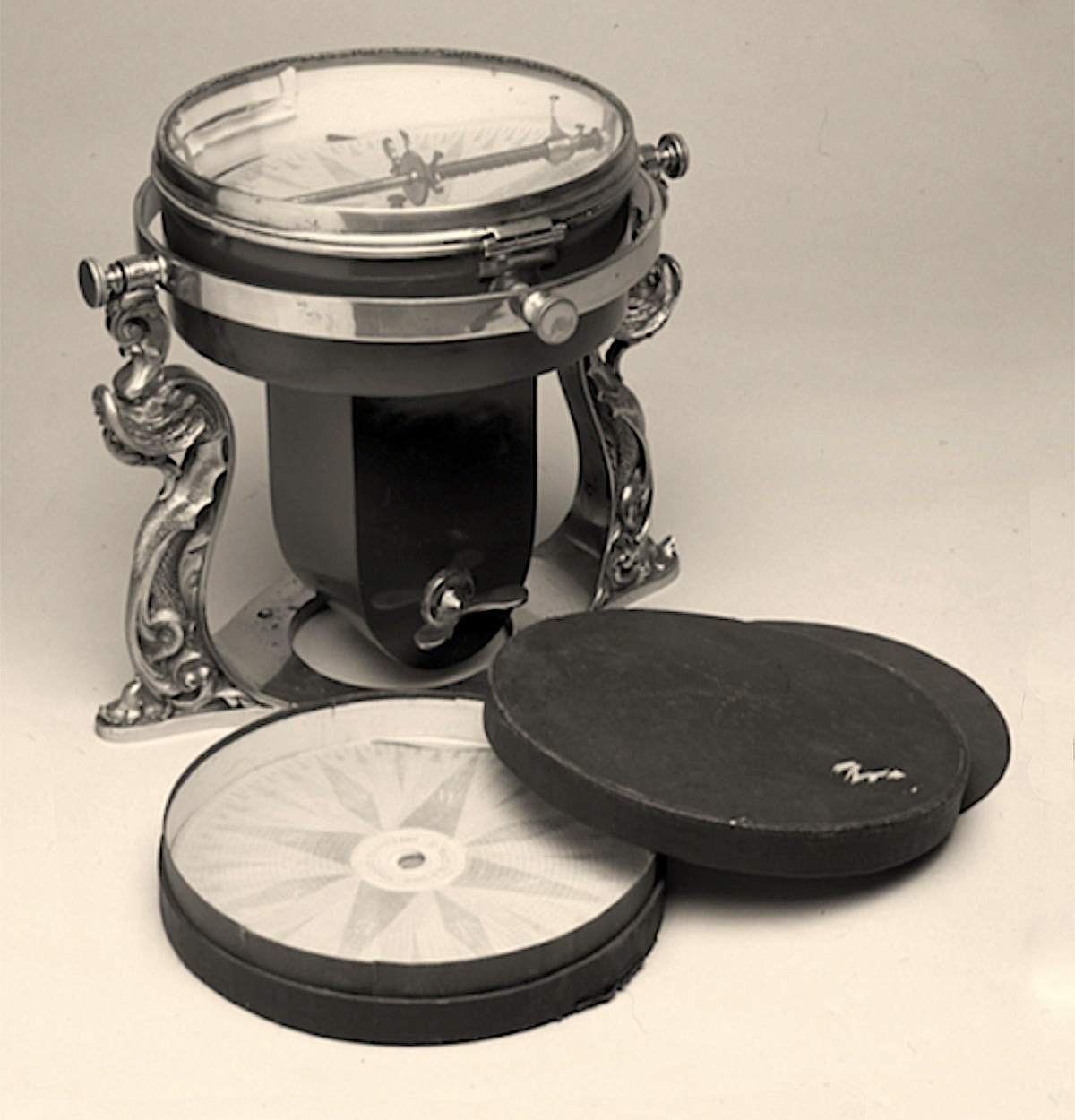